Image manipulation has always been rife in photography. The airbrush tool is more than a whimsical reference to the past, an actual airbrush was commonly used on prints long before digital photography was even a glint in our eye. Welsh photographer Tony Richards recently shared with us some close up scans of old plates from his collector’s archive that reveal just that – the retouching of skin on portrait photographs. 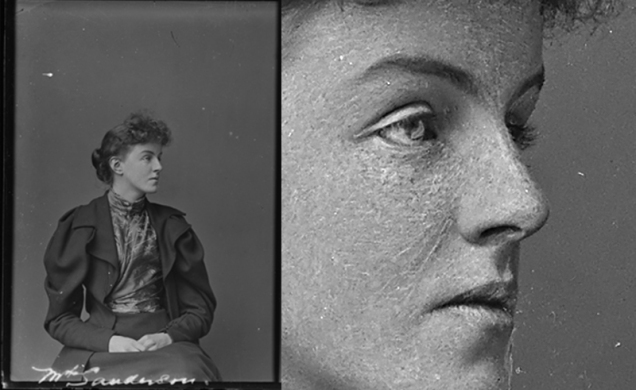 However, as Tony points out on his blog the manipulation has taken place using a pencil rather than an airbrush. On first glance it is difficult to discern any type of editing from the negative or resulting CDV cards but when scanned in high resolution it reveals a whole swathe of strokes. These were designed to clear up the skin of the sitter having their portrait taken or to alter definition to their facial features or eyes like in the example above. It seems though by looking through some of Tony’s high res scans of the negatives that it’s had completely the opposite effect.

We’re told that the pencil markings were applied to the side of the emulsion on the original negatives – a thought our more contemporary photographers using RAW files would shudder at. However I doubt the original artist who prepared these portraits ever expected these tricks would come under such scrutiny. Let alone the ladies in front of the camera.

Just to prove it’s not a trait limited to one of the sexes, Tony also discovered similar work applied to a young man and his mother. 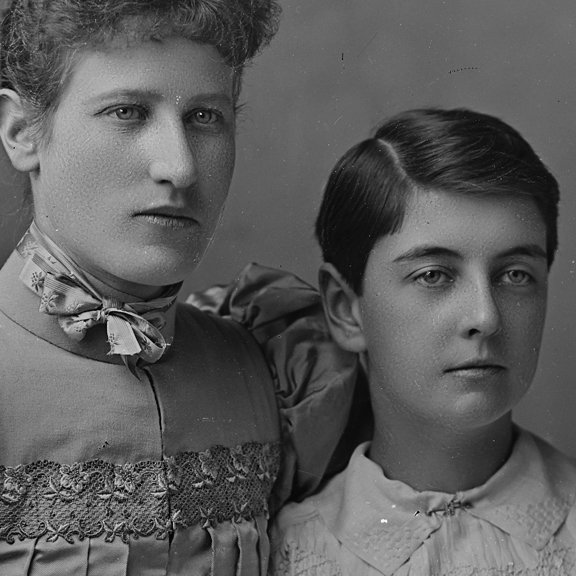 All images used with explicit permission. Via FourToes

4 thoughts on “Victorian Photographers “Photoshopped” too!”