In 2011 Sabato Visconti removed the memory card from his digital camera to inspect his photographs and discovered an unusual glitch among the files. Random zeroes had been added to Jpeg files. What should have been simple reproductions of any one given scene turned out to be visualisations of his technology dreaming. It was accidental, but profound and this simple glitch lead Visconti on a path he now embraces; breaking software to push the boundaries of photographic imagery.

Visconti’s latest project concerns the popular social networking app SnapChat, most famous for its ephemeral approach to photographs that ‘self destruct’ after a period of seconds. In the last year an update added facial recognition filters to selfies turning faces into Dali like interpretations. Scroll far enough through the filter options and you’ll come to the face swap feature. That’s where things really start to get surreal.

The feature works correctly on any given day, however like all algorithms you can find flaws, back doors, mistakes and ways to glitch the result. Experimenting with retail catalogues (J.Crew, Victoria’s Secret and Prana) Visconti developed a way of ‘breaking’ Snapchat’s face swap filter and producing ugly facial deformities from the beautiful posing models.

The glitch isn’t just confined to faces either. As many users will already know, Snapchat has a tendency to recognise oven doors, plants and even breasts as a face. In Visconti’s work he uses this to create a featureless physiognomy, turning a girl walking past a sign to a futuristic Judge Dredd / Robocob character.

Appropriating fashion catalogues with a similar range of dull tones and even duller models has helped standardise the work into a piece that effectively questions the future of artificial intelligent imagery software. Despite faces being clearly terrifying to anybody not already desensitised to SnapChat, having one up on the software gives us the feeling of being safe – being able to break the software means we can still control it.

Here’s a few more of our select favourites from the set. 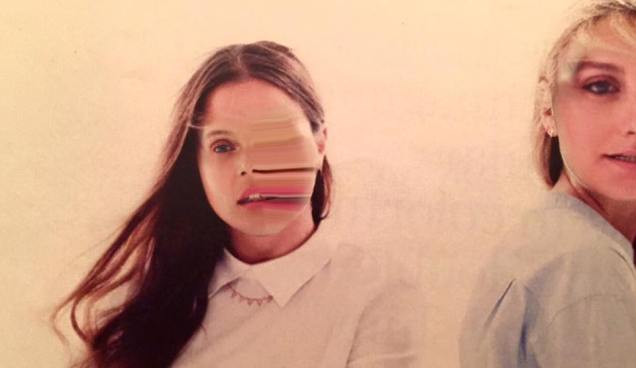 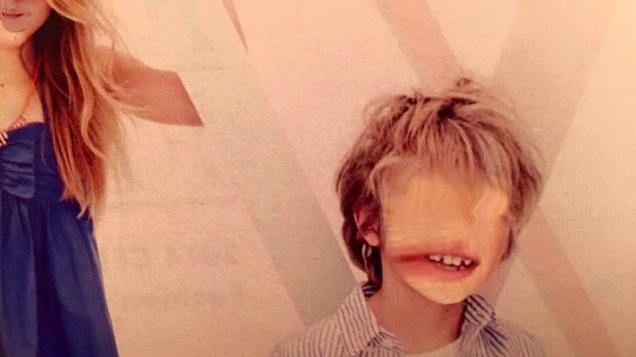 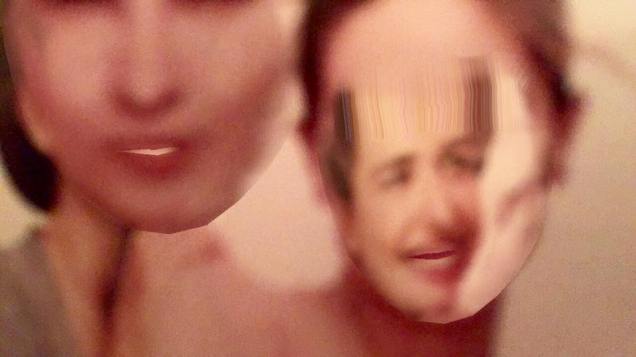 Snapchat’s face swap filter is constantly being improved upon and as such these errors occur less frequently. Visconti used version 9.27.5 on an iPhone 6 to achieve the desired result.

All images have been used with explicit permission of the artist. To keep up with Sabato Visconti’s work, please visit his website of follow him on Instagram.