In what has been hailed as the first of its kind, scientists have embraced the old art of the moving image to project an image of a galloping horse onto clouds from a plane. 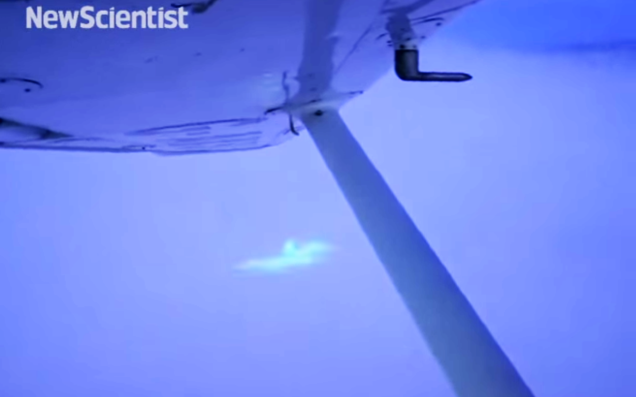 The horse and rider, an obvious reference to Eadweard Muybridge’s photographic studies of motion appears as a ghostly green shadow in the clouds courtesy of a modified zoopraxiscope by artist Dave Lynch.

Here in the video you can see the contraption’s internal workings prior to scenes shot from a plane. If viewed from the ground it’s unlikely you’d see anything but flashing random lights dancing within the clouds.

Despite the feat of imagination it will have taken to achieve, the final product is still somewhat shaky and basic in design. We really look forward to seeing what advances in visual technology are made as a result. It’s worth taking a trip to Dave Lynch’s website to learn more about the collaboration involved in ‘Project Nimbus’ and the three years of documented effort that went in to its creation.

via Gizmodo via New Scientist.