With increasing frustration I’ve watched some of my gullible friends post this image in relation to today’s spectacular Solar eclipse. It’s cited as ‘The ISS took this photo of the eclipse today. #eclipse2015‘

Don’t be fooled, it’s fake. Besides they don’t have Photoshop on the ISS (or at least I don’t think they have.)

The real photographs taken by the astronauts currently stationed on the ISS are much more underwhelming. In fact, somewhat pleasingly they make all the ones I’ve taken look pretty good.

Here’s what NASA had to say when presenting them:

.@AstroSamantha peeked out @Space_Station at #eclipse2015 between experiments! Her pics: http://t.co/K54XJbtHLU pic.twitter.com/kkdB6KpGp0

You can certainly sense a bit of embarrassment from that tweet, and quite rightly so. Poor Sam Cristoforetti who seems like an absolutely lovely person, is no match as a photographer to the now widely known Chris Hadfield.

Here’s a selection of the REAL photographs taken today during the Solar eclipse from NASA’s Flickr feed: 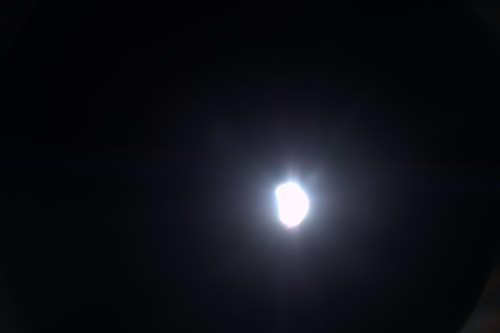 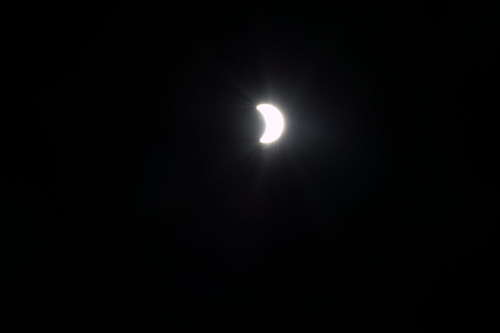 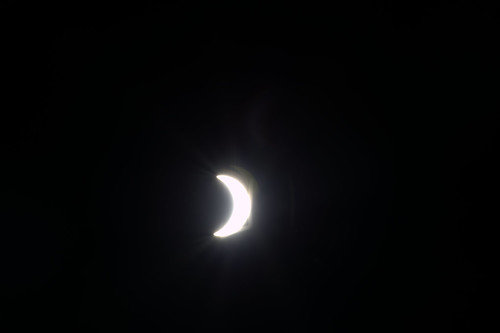 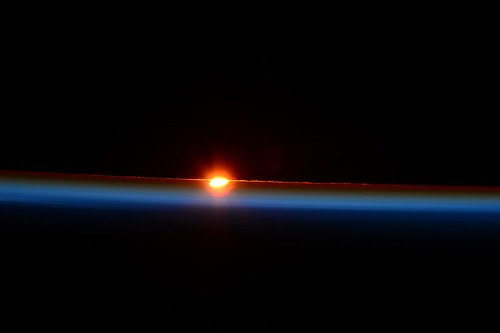 Let’s be honest with ourselves, ironically it was the clouds that made it! Every single image I’ve seen from a friend on Facebook today has been a joy to look at. Not to mention more in focus than these. Perhaps NASA can send up some cheap Solar filter paper on the next supply run(?)

There is one image though that Sam took which does offer a different perspective than those of the Sun. A view of its shadow on our Earth. 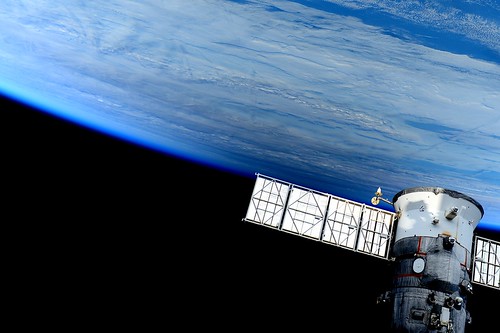 Despite the criticism of her photos, in her defence Sam has been incredibly busy doing REAL scientific experiments on a REAL Space Station. Much, much more than can be said of the original fraudster who shared the Photoshopped image in the title.

2 thoughts on “That Photo of the Eclipse from the ISS is FAKE. Here are the Real Ones (and they’re not very good.)”