Yesterday evening I was lucky enough to catch the tail end of BBC Radio 4’s Four Thought featuring Charles Leadbeater, British author of We Think and former political advisor to Tony Blair. The episode on a whole addressed the struggle we all have with ‘The Whirlpool Economy’ and how we can come to terms with working longer hours and achieving less.

Towards the end of the monologue Leadbeater uses an analogy we are all very familiar with by now and relates the ubiquitous use of camera phones to the devaluation of photography as a whole. However somewhat refreshingly he flips the thought on its head and ends up calling the camera phone “A little empathy making machine.”

We’ve transcribed the quote in full below:

When I was growing up in the 1960’s film was a controlled substance. Photographs were for recording ceremonial moments in family life like the arrival of a visiting monarch, recording Christmas day, standing on a beach red-limbed squinting into the Sun, spade in hand. Photographs were precious momentoes and by and large they were destined for a life sentence in a cardboard box underneath the bed. The mass availability of digital photographs taken on camera phones might have devalued something that was once so rare and so precious. Yet as photographs have become more ubiquitous, as our entire culture has become more visually literate and inventive in the ways we communicate actually they’ve become more valued. Stopping to take a photograph is a way to note that something has meaning. So nowadays our photographs are usually taken with others in mind and they’re destined for them not for a cardboard box. And what those fast flows of pictures we take reveal is that we do not want life to be dull or programmed and predictable but rather that we find it surprising, uplifting and moving. So at their best the simple camera phone is a little empathy making machine. They create stronger relationships and that I think is at the core of a better society.

Although just a fragment of Leadbeater’s full forethought, the minute or so in which he discusses the use of camera phones nicely balances the growing argument about the ephemerality of digital photography and its increasing dominance by established figures. 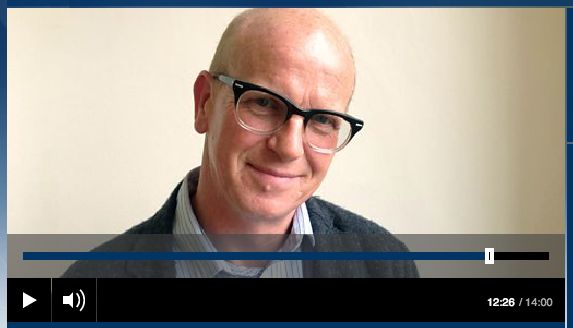 To listen to the full 14 minute episode it is available now or as a Podcast from Radio 4’s website. The relevant part starts around the 12 minute mark.