A filmmaker, turned national deputy for the city of Buenos Aires in Argentina has just past a draft bill that could see a photograph’s copyright increased from 20 years after its first publication to 70 years after the photographer’s death. The bill, if brought into law would be applied retroactively and have wide ranging implications for creatives and consumers alike. 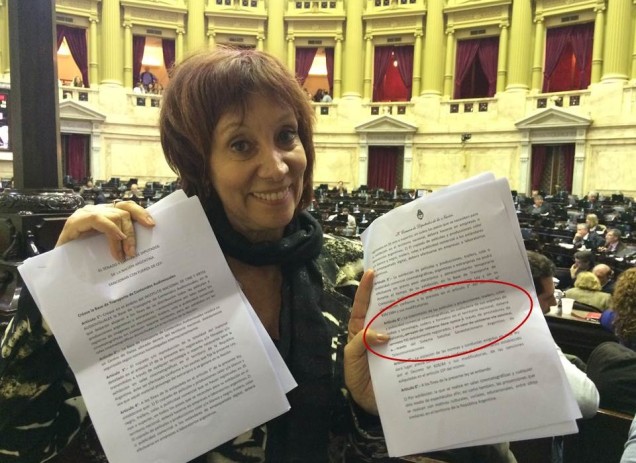 Lilliana Mazure (pictured) pushed the draft law through with ease, seeing absolutely no objections from the 209 votes cast.

Wikimedia, who would be one of the worst affected by the amendment put out a statement on the 2nd October urging senators and deputies within Argentina to consider the damage that the law would cause.

…the amendment, which would apply retroactively,  threatens hundreds of thousands of historical photographs that would go back to private domain. A photograph of Gardel taken in the 30’s could become discretionary property of an heir, who would decide whether or not it can be reproduced, at what cost and on which terms.

A fight back has already started with Argentinian digital rights organisation, Fundación Via Libre having already launched a campaign fighting back against this destructive term extension. They sent a letter to Argentinian lawmakers earlier this week, urging them to conduct proper, public-interest impact assessment and open it to public debate before moving forward with a bill that would have such sweeping impacts on the cultural commons.