A 14 year old boy referred to only as ‘Simon’ from the UK has landed himself on a sexual offender police database after sending a single nude Snapchat to a girl of the same age he was ‘flirting with.’ The BBC News reported the story yesterday after his mother, Margaret went on record to say something had to change as her son could now be refused work later in life because of the UK’s strict child protection laws. 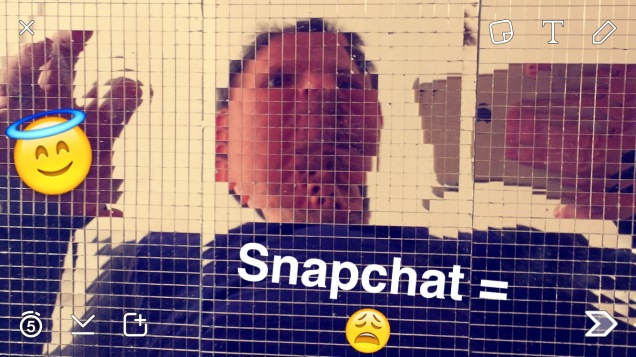 Included in the news report is the manner in which the lewd image sent by the boy was discovered. The girl who received the image, saved the picture (somewhat unethically) then propagated it on to her friends. What makes the story unusual is that now the boy who originally shared the image of himself was under threat of being charged with distributing a sexual image of a child. Fortunately no charges were brought forward, however the story did not end there.

Margaret found that on further quizzing with the police office in charge of the school matter that his actions may very well have further implications depending on the career path Simon would take. In the UK if you are applying for a job that works directly with children you need to apply for an ‘advanced CRB clearance‘ which would gather data like this on the named person.

The unusual story strikes a similar tone to that of Zach Anderson of the United states who this year was put on a register of sexual offenders of two different states after relations with a 14 year old girl on Hot or Not who lied about her age. However in the instance of the UK boy there was no physical contact made and he was the same age as the girl, although both their actions will live with them for the rest of their lives.

Related: Evan Spiegel isn’t fit to be the CEO of Snapchat.

If you are a parent, there are many tools available to learn about the dangers of ‘sexting’ using social media apps like Snapchat which on the surface appear harmless. The NSPCC has a great page with links and resources on how to approach the often different subject. The age old discussion about the birds and the bees is becoming more of a conversation about Photographs and Social Media. Good luck.