The official trailer for the upcoming movie ‘Life’ starring Robert Pattinson and Dane DeHaan has been released and promises to be packed full of photography fun:

Directed by Anton Corbijn, ‘Life’ is based on the true story of Magnum photographer Dennis Stock (Pattinson) and his friendship with Hollywood actor James Dean (DeHaan) and follows the journey they took together while Stock was on assignment for ‘Life Magazine‘.

—Anton Corbijn, director of Life, on the film.

You may not be old enough to remember James Dean, or even have watched one of his films, but the images of him are iconic and have certainly made a lasting impact across the generations. Great care has clearly been taken to re-create the scenes around the original photos:

The trailer doesn’t really give too much away but it does look beautifully shot and we had a lot of fun looking at all the old press cameras they’ve used: 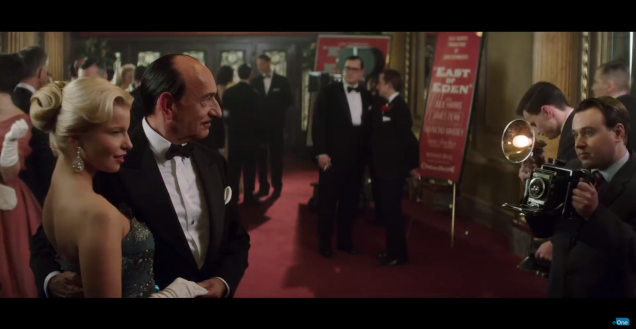 Now wouldn’t it have been great if they’d put film in all those cameras so we could see the shots the actors took too? (Or did they?!)

Here’s the link to the trailer: