Amateur photographer Sandy Bell couldn’t believe her luck travelling on a boat through a national park in Queensland Australia when she spotted one of natures most magnificent sights. A crocodile fight!

Armed with a Canon 500D and the 55-250mm kit zoom lens, Bell knew exactly what to do and started snapping as the scene unfolded.

From the set of four photographs released it’s clear that there is quite a huge size difference between the pair, but what is most remarkable is how the loser ends up. There’s no cuts and bruises to swim away with proud here, the victim ended up being the winning croc’s lunch!

Phogotraphy reached out to Sandy to ask her a bit more about how the situation came about. As it turns out they were actually looking for our large carnivorous reptilian friends.

“With these photos, we were actually just croc spotting whilst walking along the banks of the waterhole, when we saw the crocs on the edge of the water and started to take some photos. This is when the croc put on the show for us and thankfully i was able to snap away and ended with up with about about 75% of the photos being pretty good! We were actually the only people around….”

…And from the looks of it they got more than they had ever bargained for. 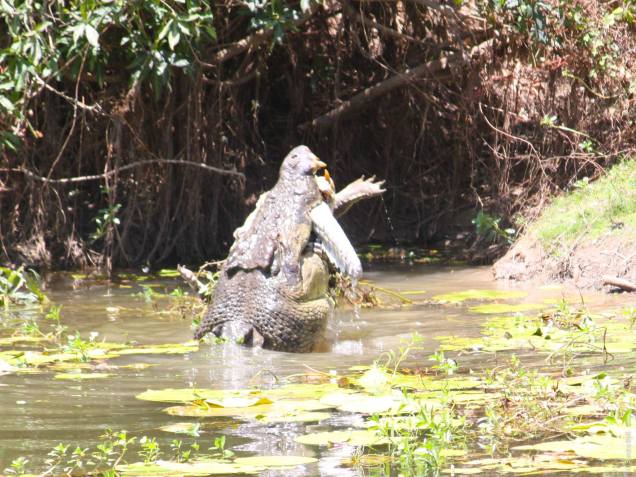 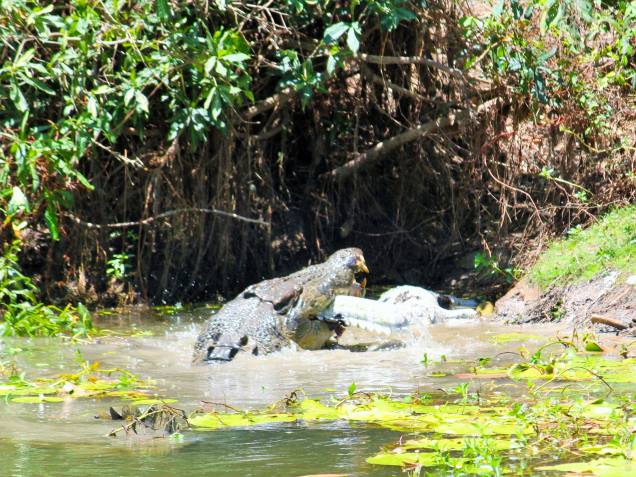 Crocodile cannibalism is rare, but not unheard of. Sandy Bell’s capture took place in Rinyirru national park in Australia. The four images show the large predator lifting its prey a few feet above water before body slamming it, stunning it and then consuming it as a meal.

All images used with EXPLICIT permission from the photographer.