Today’s winner of the ‘Photo of the Day’ award goes to… Ben Innes, the 26 year old British man held hostage by EgyptAir aeroplane hijacker Seif Eldin Mustafa. It’s one of the most bizarre photos we’ve seen on the news lately and epitomises the image of ‘The British Lad’. 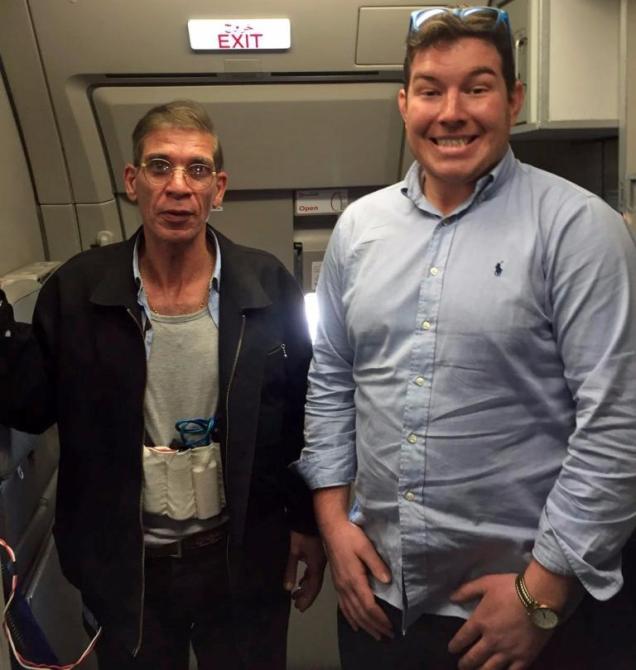 Ben is grinning wildly at the camera while looking relaxed with his sunglasses still on his head and his hands by his side while a hint of a faint smile can be seen on his captor who also looks pretty relaxed, especially considering he’s wearing a suicide belt (however this is reported to have been a fake belt).

Sky Arts, part of the Sky TV package in the UK has unveiled a competition to search for the next ‘Master of Photography.’ Have you entered yet? 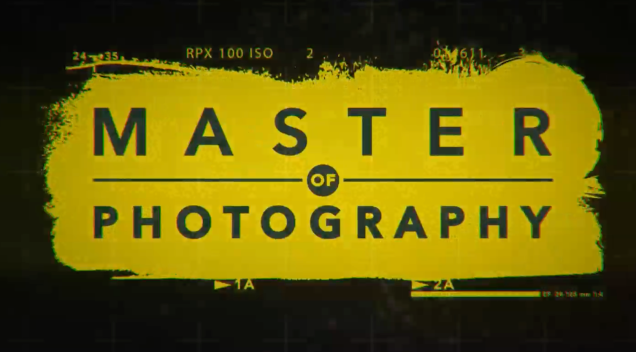 There’s a gigantic prize for the winner of €150,000. That’s more than enough to buy several of the latest Phase One bodies. Unfortunately it’s only open to END_OF_DOCUMENT_TOKEN_TO_BE_REPLACED

Amateur photographer Sandy Bell couldn’t believe her luck travelling on a boat through a national park in Queensland Australia when she spotted one of natures most magnificent sights. A crocodile fight!

Armed with a Canon 500D and the 55-250mm kit zoom lens, Bell knew exactly what to do and started snapping as the scene unfolded.

From the set of four photographs released it’s clear that there is quite a huge size difference between the pair, END_OF_DOCUMENT_TOKEN_TO_BE_REPLACED

It was billed by Heineken as the first ever selfie from Space. An elaborate stunt in which an orbiting satellite would focus in on a gathering of people and snap a picture from 400 miles above the Earth. Something didn’t quite add up though. Phogotraphy investigates. 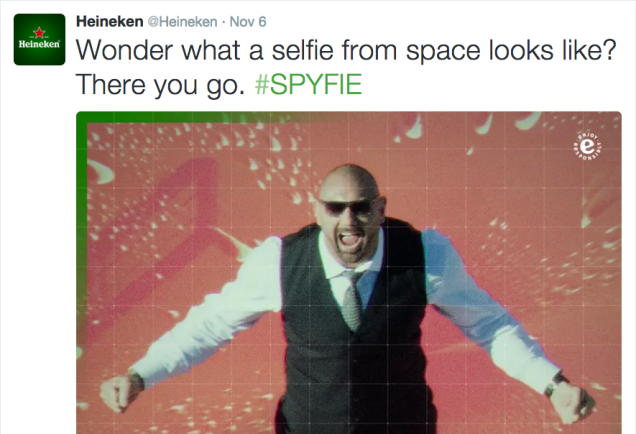 The “record breaking photo” was taken as part of Heineken’s collaboration with the James Bond franchise in order to promote their latest film Spectre. Dubbed #Spyfie by marketing bods, END_OF_DOCUMENT_TOKEN_TO_BE_REPLACED

Remember in September we shared that Annie Leibovitz was dropping models in favour of strong independent women for the 2016 Pirelli calendar? Well one of the headline acts, Amy Schumer just posted a risqué candid from the shoot on Facebook.

Amy describes herself in the image as a “Beautiful, gross, strong, thin, fat, pretty, ugly, sexy, disgusting, flawless, woman.”  What we see at Phogotraphy is, as Leibovitz intended a strong, independent woman.  END_OF_DOCUMENT_TOKEN_TO_BE_REPLACED

Don’t get too excited though, despite their appearance those blackened tree like structures cresting on the rolling hills are just an illusion of perspective. The photograph END_OF_DOCUMENT_TOKEN_TO_BE_REPLACED

Filed under: Just For Fun

Mark Zuckerberg just uploaded a photo of his shaggy dog “Beast” to his public Facebook page. If we think we know how the Internet works, this’ll be a meme by the end of the weekend. 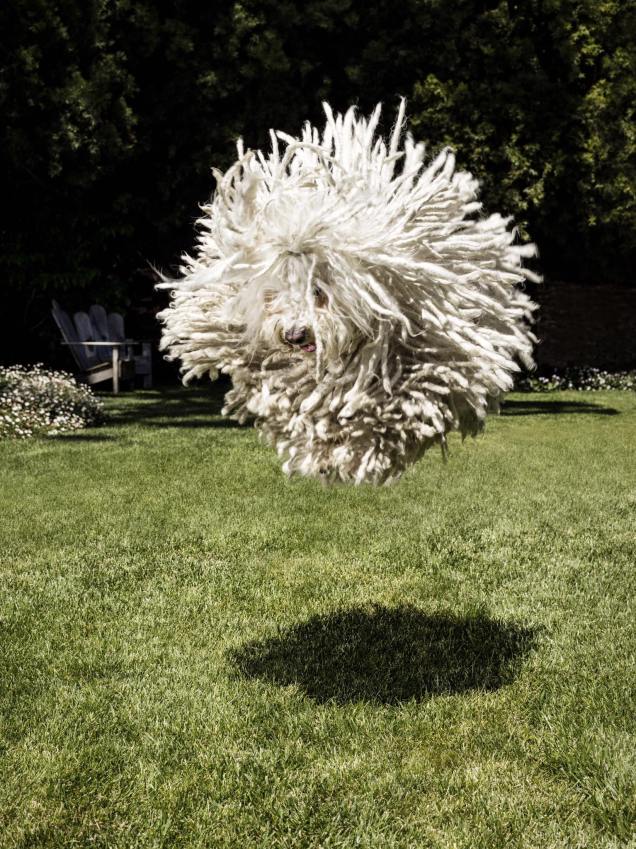 The photograph was taken last year by another Internet sensation, Noah Kalina, star of the 2006 ‘selfie’ film Everyday.

Beast, who has his own Facebook page with over 2 MILLION fans is a Puli breed which is sometimes referred to as a Hungarian sheep dog. Incidentally, Mark if you’re reading this, why is Beast listed as a public figure and not a pet? Do as I say, not do as I do, right?

In the spirit of this holiday weekend, I want to share the most joyful photo of Beast jumping I’ve ever seen. Even after living with this guy for five years, seeing him bounce around still makes me smile. I hope your holiday weekend has been joyful too.

Even for the emotion-void billionaire Zuckerberg, that’s a pretty funny photo of a dog.

Have a great Thanksgiving weekend, folks.

Music videos can be a hive of experimental photography. Often a director will take an idea they’ve seen and put it into practise to produce surreal often breathtaking results using unorthodox camera techniques.

Richie Johnston is one such filmmaker that demonstrates how subverting a traditional photographic process called slit scan photography can be used to create mesmerising visuals for the musician’s audience.

The film was made to coincide with the Just Music’s Ambient Zone 2 compilation and clocks in at almost an hour in length.

Throughout the performance ballet dancer Rachel Bodger moves in a slow, rhythmic motion drawing on the obvious quirk of photography to elongate her body and draw patterns within the frame. The result is hard to turn away from. After a few minutes it’s clear that the dancer’s improvisation is geared towards the photography used rather than the music, although it compliments it perfectly.

We compiled a few screenshots that show the different patterns Bodger and Johnston’s collaboration achieved and at Phogotraphy we truly think they are marvellous!

If you’re interested in slit scan photography and want to try to do something similar in a project of your own, Richie Johnston put together a short ‘making of’ video to guide us through the thoughts and processes involved in the production. It’s well worth a look, maybe more so than even the highly polished film above.

Video and stills used with explicit permission of the Richie Johnston.

If you’ve not seen this already, prepare for it to appear on your respective news feeds imminently. Here we have a photograph that will no doubt make it into every Buzzfeed listicle imaginable, appear in the spammy ad section that appears at the bottom of most blogs and probably spend a good hour or so on the front page of the Internet.

To the non-UK friends of Phogotraphy the guys either side of the pretty young lass are well known children entertainers Barry & Paul Elliott, also known as The Chuckle Brothers. Those of us END_OF_DOCUMENT_TOKEN_TO_BE_REPLACED

The date is two weeks from now, the headlines have already been written, 4chan, Reddit, Anon and every other sanctimonious freedom of the web hacker has brought justice to the millions awkward penguins around the world.

In response to the titan of photographic image agency throwing down a heavy fine to a blog citing a penguin purportedly part of its archive, a group known as HACK4TehLOLZ has wreaked havoc on the personal email servers of the Getty Images head honchos. In what will be the first of many embarrassing personal messages to be publicly scrutinized, the CEO of the company is caught messaging a coworker:

Crush them. Creative freedom is a made up ideology by the zionist left and we won’t tolerate anyone, let alone zitty teenagers from touching a single pixel of ours without signing away there soul. [sic]