Having spent most of his life building things for other people, photographer Rene Smets of Lummen, Belgium now enjoys his retirement by designing and constructing unusual wooden cameras which he would then go on to use for wet plate collodion photography. On the 3rd of October René set himself a project for the winter; to build a camera lens made out of wood. He would then go on to spend an exorbitant amount of time over the next nine days bringing his idea to life.

Rene documented the process with photographs, but like all great makers, started with a self made design first of which he would follow throughout the process:

This is how the lens would start its life. Two different pieces of Belgian wood that have been dried over a twenty year period. On the left is Buxus wood, which is very fine hard wood but easy to turn and lathe and on the right Taxus wood which is similar to use but has a beautiful ring structure pattern. Rene says that during the process he needed to use face mask protection as Taxus is extremely toxic when breathed in.

Once René completed turning the blocks of wood into rough forms he installed them onto his lathe to refine and sand the edges. First he started with the exterior part of the lens. As this would be visible he used the gorgeous Taxus wood. 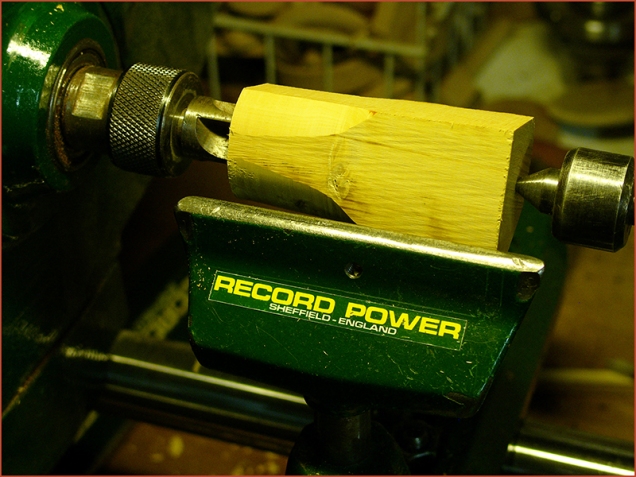 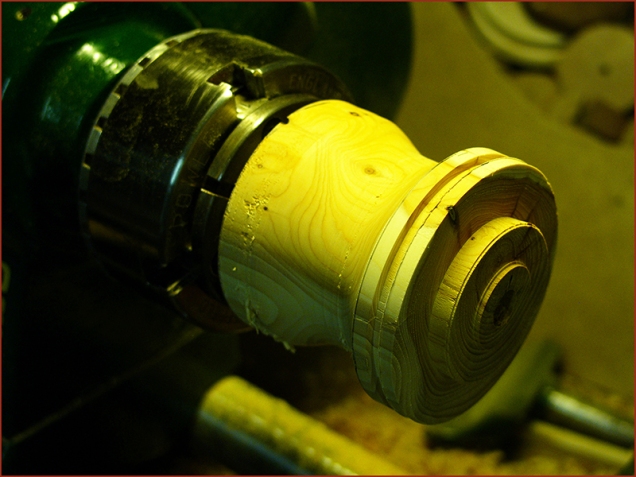 The body of the lens and ‘lens cap’ were made from the same piece of wood. By doing this the natural lines of the two pieces would flow together still once they are reconnected as a working piece. During this stage the shape of the lens would start to become apparent. 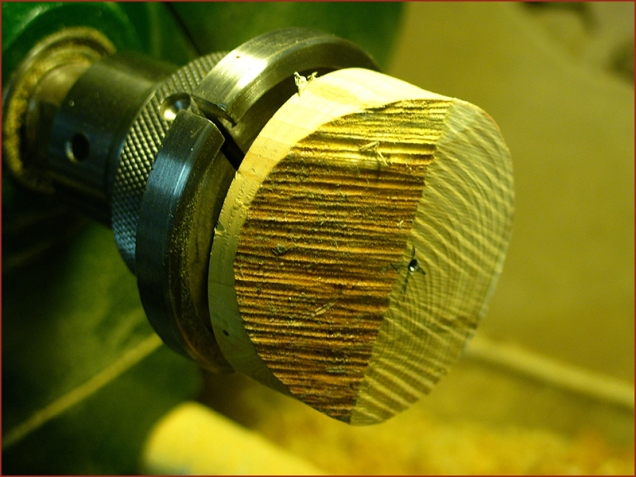 We can see from René’s original drawing that as much effort needs to go into the internal structure of the lens as would with its appearance, as this is where the glass would be held. For this the Buxus wood was deployed. Its remarkable density and incredibly fine structure made it ideal for precise nature of the work needed. Perfect for this implementation. Incidentally Buxus is one of the few woods with a density above that of water. 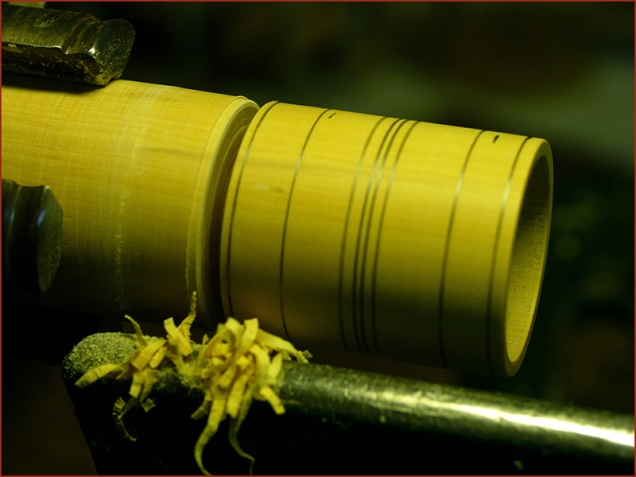 As the lens starts to come together, René needed a way to connect it to his camera. Large format photographers use something called a lens plate which adapts the body of the lens onto the front of the camera assuring that any light passing through to the rear of the camera would have to pass through the lens.

By refining three grooves onto the base of the freshly built lens René created a bayonet system which could be used in conjunction with a lens plate that he would prepare afterwards.

To compliment the colour of the Taxus, wengé wood was used for the lens plate. Two circles would be needed measuring different diameters to allow for the bayonet connector. For René this process was the most difficult to overcome, however after a few adjustments the two parts fit together seamlessly.

In a wonderful piece of artistry, Rene placed a red dot on both connecting pieces to inform the user of the start point and stop point of the bayonet.

Now all the wooden parts were ready for assembly glass elements and an aperture plate needed to be sourced to complete. For the glass, René disassembled a broken and battered Extra Rapid lens with a focal range of 24cm which had two perfect elements. A double ended Waterhouse stop allowing for two different apertures within the lens would also be hand made by René out of brass.

By the 12th October, just 9 days after René set himself the challenge the complete lens was ready. To finish off, the plate and body were put back on the lathe for a friction polish and a piece of string was added to the lens cap so it wouldn’t get lost. A small piece of velvet cloth attached to the interior to the lens cap assured a smooth insertion.

The transformation from a block of wood to a working piece of camera equipment that any photographer could understand and use will be eyeopening for many enthusiasts. Humanity and photography has embraced digital in such a way that we are starting to feel a little more disconnected from the real world with every single camera upgrade that comes along. Take for instance the Sony Alpha series, often raved about for its abilities in low light making it ideal for night time photography – even the viewfinder has been replaced with a digital screen.

But before we jump to too many conclusions, how does the lens perform in the real world?

With some surprise, René doesn’t own a camera that is suitable to test what he’s built. However due to his unrelenting enthusiasm an improvisation was made by attaching the holder to a Plaubel camera with masking tape and preparing 20 year old sheets of 13×18 photo paper. You can see the set up here:

The experiment was a resounding success.

I’m happy with the result, because it is not so easy to turn the inside from the lens so that the image is sharp and the Waterhouse stop is right between the two lensparts, but ” IT WORKS !! ” [sic]

Somewhat ironically Rene didn’t have a scanner large enough to reproduce the images so instead laid them onto a light box and took digital photographs which he has shared with us in full. The simple test shots are full of character, fun and most importantly sharp!

What a remarkable man with an incredible talent. The ability to set yourself a goal which to some may seem unfeasible and then work towards a conclusion with results like this has genuinely impressed all of us at Phogotraphy.

What’s next for René? Well he says that he’s now decided to build a fully functioning camera that will work with the lens and spend time making special wet plates. We’ll be sure to keep an eye out for what emerges next.

All images used with explicit permission by René Smets.

One thought on “Photographer René Smets Builds a Fully Functioning Camera Lens out of Wood.”